Skip to content
Elizabeth Macfarlane Chesser née Sloan, 55, (1877-1940) was a medical journalist, doctor and paediatrician. She was best known for her controversial journalism, with views such as pauperism being more the fault of the poor, and being in favour of eugenic policies. While she also campaigned for great access to opportunities for women, and worked for the health of mothers and children, her social views clouded her reputation in her later career. In that respect Elizabeth was perhaps one of the more controversial people at this dinner.[2] [3] [4] [5] [6]

Possibly Lady Moir, with their common interest in promoting women in work (e.g. through the Electrical Association for Women). It’s not easy to know how her controversial views clashed with the views of the others and thus to know who would have been her more ideal table companions. But in one sense she fits in well on this table, with one foot in the medical camp and the other in the social campaigning camp, whatever her opinions.

She may be looking forward to a forthright debate at the table: unlikely someone to hold back her opinions.

Elizabeth Macfarlane Sloan was born at 4 Newton Terrace, Glasgow, on 18th May 1877, the daughter of Elizabeth Macfarlane and her husband, physician Samuel Sloan (1843–1920). She was educated at Queen Margaret College, Glasgow, founded in 1883 as part of the Scottish movement to provide higher education for women. The college opened a medical school in 1890 and two years later its students were admitted to the examinations of Glasgow University. Elizabeth was awarded an MB and ChB in 1901. If not in the “first generation of women medical pioneers she was certainly part of the second”, as her ODNB biographer Greta Jones phrases it, and she was “highly sensitive to the concerns of professional middle-class women and to providing a woman’s voice on medical matters”.

On 12th June 1902 Elizabeth married Stennett Chesser (born 1869/70), a heritable property owner, the son of architect John Chesser and Ann Stennett. Elizabeth and Stennett first lived at Beauchamp House, near Gloucester and had two sons. At this point she listed her profession as a journalist, not practising medicine regularly until WW1. She had been notable in her student days for her journalistic skills and for earning money by selling articles to local papers. By 1914 she had published numerous articles and books on motherhood, sex education, and child rearing, establishing herself, at least in the popular mind, as an authority in these areas.

Elizabeth wrote for Leo Maxse’s National Review, a platform for Conservative party views, and she “shared the constructive Liberal Unionism of Joseph Chamberlain, and the broadly social imperialist political views of the group around the National Review”. For Elizabeth mothers and children were a national resource, and their efficient management was necessary to diminish infant mortality and to create a physically and mentally fit race. Thus she supported state sponsored welfare while at the same time was “preaching individual responsibility for health and fitness and the importance of motherhood to a generation of largely middle-class women”.

However “she never allowed her pro-natalist views to overwhelm her concern for female emancipation and for improving the women’s access to professional work and to national life”. She argued for female education, not just in mothercraft and domestic science, but also to allow women to pursue professional careers outside the home. She was an indefatigable opponent of the double standard and of state regulation of prostitution, lecturing on the subject for the National Council for Combating Venereal Disease.

Elizabeth also believed in the implementation of negative eugenic measures to help the nation to get rid of the unemployable and unfit. Though concerned about the problems of the working-class mother, she believed pauperism was generally the fault of the poor themselves. She wrote sympathetically about the plight of the unmarried mother but overt expressions of female working-class sexuality made her uneasy. She regarded the Christian charitable tradition of the previous generation as sentimental and unscientific. Medical knowledge and the good of the nation rather than religious belief or tradition were, for her, surer guides to the reform of family life. This brisk no-nonsense approach and her frankness on sexual matters made her the popular image of the ‘new woman’. 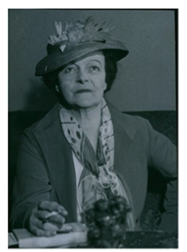 This report on a lecture she gave on 4th November 1915, recalled by The Times a century later, gives a good example of Elizabeth’s thinking and style. It is given when the country has now been at war for more than a year.[6]

Dr Elizabeth Sloan Chesser lectured yesterday on “Woman’s Health and Fitness” at the Institute of Hygiene.

She said that the one occupation the average man considered entirely suitable for women was that of charring. It was a remarkable fact that the collective health of the women of the country under the hard work and strain of the present time was improving. Woman was neither delicate nor fragile. She was tough and resistant. Where were all the neurotic women today? Most of them were cured and cheerily doing their bit in hospitals, depots, canteens, and munition works, because the neurotic woman had generally considerable energy which, in the past, had no sort of outlet. Indeed the leisured, protected, or economically useless woman never had a chance before to show what she could do. Ninety per cent of the nurses of the country would play as fine a part as Nurse Cavell if the opportunity served.

The first duty of many women was to stay in their own homes and look after the children, because there never was a time when child-life was as valuable as now. She once heard it said that a baby was worth £5 to the State. They might now put it at £100 at least, and with every year the child’s life was more and more valuable; so that the woman who was rearing four or five children in the home and doing it well was working for the nation. To do that she must keep herself up to a fair level of health and fitness.

In 1914 Elizabeth returned to full-time medical practice, at 13 Harley Street. She acted as medical officer at the Woolwich Arsenal and the Eltham hostels for munitions workers, worked at the Carshalton maternity and child welfare centre, and also became temporary assistant physician at the Queen’s Hospital for Children.

In 1919 she obtained her MD from Glasgow with a paper, ‘Breast feeding: faradisation of the mammary glands’, published in The Lancet (1918/2, 356). This paper reported on experiments with electrotherapy (a technique taught her by her father) to stimulate milk production in nursing mothers. Her publications included: ‘Physiology and Hygiene for Girls’ Schools and Colleges; ‘The Woman who Knows Herself’; ‘Youth, a Book for Two Generations’; ‘Seven Stages of Childhood’; and ‘Five Phases of Love’, 1939.[8] 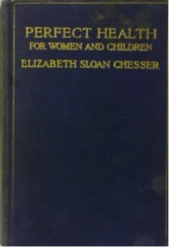 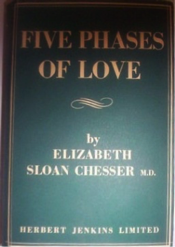 WHAT ELIZABETH DID NEXT

Elizabeth was also Vice President of The Electrical Association for Women, part of her work to promote women in work – and here would have doubtless been involved with Lady Moir. She continued to write and died seven years later at the age of 62, on 16th February 1940 at her Harley Street home.

Her ONDB biographer Greta Jones sums up the controversial Elizabeth with clarity:

“Elizabeth’s fame lay in her activities as a medical journalist rather than as a practitioner of medicine. She was part of the growing preoccupation with the politics of health and motherhood in the first decade of the twentieth century which led to the gradual attenuation of laissez-faire attitudes towards health. But with the rise of the Labour Party the debate moved towards an examination of the relationship between poverty and ill health and over time her opinions looked strident and out of place, earning her notoriety rather than the earlier respect. Her BMJ obituary noted ‘She had ideas of her own on social matters and expressed them with a challenging directness which brought her a good deal of attention, though she never sought it, from the popular press’” (BMJ, 370).

[3] Given the controversial nature of Elizabeth’s thinking I have drawn heavily, I hope not too heavily, on the authoritative review of her life by Greta Jones in the ODNB: Chesser née Sloan, Elizabeth Macfarlane, (1877–1940), Oxford Dictionary of National Biography, Published 23 September 2004.

[4] Greta Jones, Women and Eugenics in Britain: the case of Mary Scharlieb, Elizabeth Sloan Chesser and Stella Browne, Annals of Science No. 52 1995 Issue 5.